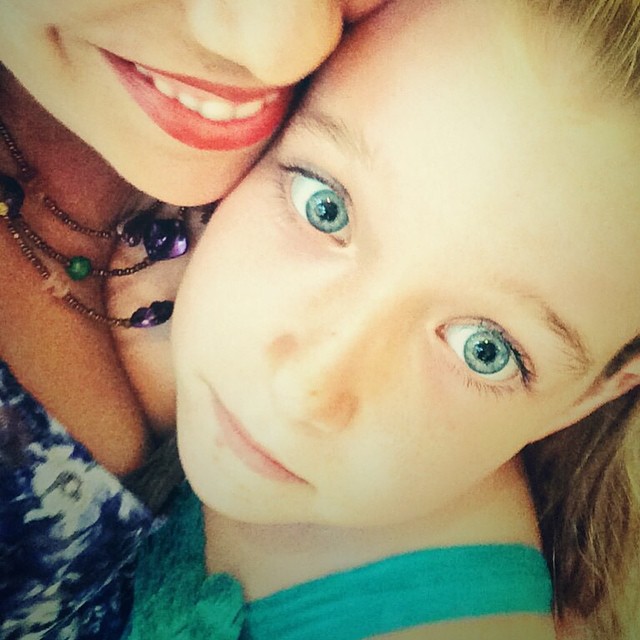 DO I HAVE ALZHEIMER’S?

“I am worried I am getting Alzheimer’s” my daughter said as she wrinkled her forehead at me.

“First, what makes you think you are getting Alzheimer’s and second, how do you even know what that is?” I asked her calmly.

“Because I forgot what the word for losing your memory was today and someone said maybe I had Alzheimer’s.”

“You mean you forgot the word Amnesia?”

“Yes Amnesia. So do I have Alzheimer’s?”

“Do you realize how ironic it is you are worried about Alzheimer’s because you forgot the word Amnesia?”

“MOM, I am being serious what if I have it?”

“You don’t have Alzheimer’s I promise.” I tried to explain what Alzheimer’s was and eventually relief showed on her face.

“How do you get Amnesia?” worry was creeping back into her face.

“It is rare but sometimes it happens if you hit your head really hard.” I tried to calm her fear before it got out of hand because, these things always caused her anxiety.

“How hard would I have to hit my head. I am afraid I will fall now and I’ll be stupid.” Her voice was becoming frantic.

“Honey, please calm down so I can explain. Amnesia doesn’t make you stupid it makes you forget names, places, or events. Strangely, you may still remember how to tie your shoe or do math.”

In an effort to make her laugh I smiled really big and said, “You might forget I am your mom but you would still be able to read.”

But it didn’t work. She completely panicked at the thought of forgetting her own mom. I held her and told her all the things she is used to hearing.

You see, the above Abbott and Costello like conversation would be funny if it weren’t for the fact that my daughter is ten and she is a hypochondriac.

THE FIRST TIME I EVER SAW HER PANIC

My daughter was four and it was the first big snow we’d had since she was born. There were snow drifts at least 4 feet tall and for Oklahoma that’s deep. I bundled her up and sent her outside to play. She was leaping into the drifts, her whole body would get lost inside the snow, and then she would pop out again in a fit of laughter. Her laughter was magical.

After a bit I called her in and started to undress her and realized she had solid ice packed inside her boots. For a half second I let my concern show and asked her how come she didn’t tell me her ankles were frozen. When my husband asked what was going on I asked him if he would run a warm bath because I was worried about frostbite.

She heard me say frostbite, “MOM WHAT IS FROSTBITE? AM I GOING TO DIE?” snapping the concern and worry right off my face and out of my voice; I replied calmly, “NO, I ran a bath and you will be fine.”

“BUT WHAT IS FROSBITE?” she yelled out as if frostbite was the Stay Puft marshmallow man coming to exact doom on us all.

I learned a very valuable lesson that day about staying calm and focused around her.

WILL MY EYES POP OUT?

“Mom, someone said my eyes will pop out if I wear goggles when jumping into the pool…do they look like they are going to pop out…because they feel funny.”

“WHAT? Who said that? NO your eyes will NOT pop out”

“Are you sure because they really feel like they could?”

“The only way your eyes might possibly pop out is if someone came along and plopped you into a HUGE vat of boiling water and I don’t think that will ever happen!” She laughed at my ridiculous over dramatization but I could tell she was still worried and explained why her eyes were not going to fall out.

-I am worried my throat is going to close up and I will stop breathing.

-Do my tonsils look ok?

-Does my breath sound funny because I think I have asthma?

-I don’t think my lungs are working right.

-My friend had to go to the doctor for an earache and I am pretty sure my ears are hurting.

-Mom, can little kids get cancer or tumors and not know? Could I have cancer or a tumor?

-I hit my head I might have a concussion.

-I can’t breathe right are you sure I don’t have asthma?

Most of the time it won’t matter what I say she will ask a million other people the same question. After she stopped eating because she was worried she would choke I took her to the doctor.

“Wow you have big tonsils kiddo!”

“What? Is that bad? Will I have to get them out? Will I die?” she asked shooting off question after question.

“No it simply just means they are big” and he patiently explained what that meant. He looked at me with wide eyes and asked if she always worried so much and I shook my head yes.

He told her she was a perfectly healthy little girl.

A few weeks later she would not stop breathing in deep. Every 5 minutes she was taking a big breath and telling me she couldn’t breathe very well. I broke down and took her to the doctor because what if she did have asthma.

This doctor also told her she was perfectly healthy and the only thing she should be worried about is braiding her Barbie’s hair.

There is no real known CAUSE for hypochondria although personality, experiences, and inherited traits all play a role. I keep thinking back to the moment I thought she had frostbite. Did I cause her to be an over worrier? Did she inherit her over-analyzing obsessive behavior from me. Most likely, yes. Could I have somehow prevented this mental disorder? Probably not. The questions I ask myself are all fairly irrelevant anyway because regardless of why or how, it is an issue we must deal with. Anxiety disorders such as panic disorder and obsessive-compulsive disorder seem to go hand in hand with the hypochondria.

This weekend we went to the fair and her questions ranged from, do I have high blood pressure to do I have heart problems.  She tested her breathing before each ride and asked if I could hear asthma and asked if a small cut was going to give her lockjaw.  Despite all her worry she had an amazing time.  Last night she said she was worried she would kill herself from worry.

I need to figure this out with her AND I will figure this out.  I am patient with each worry and I never make light of them. I don’t laugh at her or get angry and I give her all the support I know how to give but it is something I can’t control.  She is in therapy and I can only pray she learns to deal with this in a very positive and productive way before it gets worse.  I see so much of me in her and I hope this is just a phase but I fear it is a life long battle I passed on to her.

I truly hope this is something we can help her conquer and all this medical knowledge will make her one of the finest doctors in her field someday.