Many of my readers will relate to Rebecca.  I know I do.  All I can say is never give up.

As I entered my senior year of high school, I noticed that my mood could change at the drop of a hat. I may get to school feeling alright, but by the time the afternoon set in, I would be exhausted and dragging through my day. Now and then, a teacher would approach me and ask if everything was OK at home. It was a humiliating experience, and I couldn’t wait to get out of there. I graduated in 1991. In 1992, I moved into an apartment with another girl that I barely knew. I was working two jobs and taking classes when I could.

It didn’t take long for my excitement about being out on my own to turn into this horrible feeling of dread that took over my life. I was having nightmares, so I often couldn’t sleep. I would down a handful of No-Doz to try to stay awake every day. It all came crashing down around me one night when I quite literally had a nervous breakdown. I was hiding in my closet, screaming and crying. I finally found the strength to call my mom. She sent my brother to pick me up, and I never spent another night in that apartment.

Not long after that, my parents found a doctor for me. I was put on Prozac, and I tried to go
on with my life. I was 19 years old when I was diagnosed with bipolar disorder. From that point forward, life was a struggle. My moods were up, down, and back up again. I never knew what to expect. In my late 20’s, I decided that I wanted to take my life. In the end, I just couldn’t do it. I did succeed in teaching myself how to use self-injury as a coping mechanism.

After being committed on two separate occasions and losing every job I ever had, I had no clue where my life was headed. I would date here and there, and inevitably I was dumped due to my illness. Relationships with horrible people that abused me soon followed. By the grace of God, I met the man who would eventually be my husband, and we were married in August of 2001. He was there for me when nobody else would take the risk.

As amazing as it felt to find happiness and my one true love, it didn’t take away my disease. I battled depression every single day. I often used cutting as a way out of my pain. I tried medication after medication, and doctor after doctor. It was clear that I wouldn’t be able to hold down a job, so I filed for disability. In 2005, it was granted. I hated myself for being such a waste of space, and I regularly beat myself up for it. I needed to find the strength within myself to get stable. The medical community sure as hell wasn’t helping.

My husband and I bought our first house in 2006, and we moved back to my old neighborhood. We were close to my parents, and I was happy. Things changed drastically when my mom was diagnosed with lung cancer in September of 2007. I promised her I would be at her side for everything, and I was. She passed away in January of 2008, and my life fell to pieces. I was filled with grief that I was unable to overcome.

In 2013, I turned 40 years old. I felt like my life was starting to look up. I had a good group of friends and my husband and I were incredibly happy. Until that summer. The depression hit me like a brick.
I tried to ignore it. I had better things to do. I wasn’t going through this crap again. Unfortunately, there is no stopping it. You can’t run from the pain. After a series of unfortunate events had left me feeling like a gigantic failure, I decided it was time to go. For real this time. I missed my mom, and my brother that had passed in 2011. I couldn’t cope with my life any longer.

I cut my wrists and took an entire bottle of medication. I sat on the floor and sobbed. My husband was at work, and he sensed something was very wrong. He sent family members over to check on me. We sat in awkward silence until he got home and took me to the emergency room. Despite the fact that I begged him not to. I stayed in the hospital under suicide watch for five days. I was then told that the state was having me committed. I was hauled off by ambulance to the most God forsaken place I have ever seen. I spent the next four horrible days locked away in that place with drug addicts, criminals and the clinically insane. I played the game and acted like the model patient. The only therapy we ever received was watching movies that were turned up way too loud or coloring.

Walking out of that hellhole, I knew my life was going to change. I swore never to take another razor blade to my skin. I promised myself that I would never put my husband or my family through any of that again. I would do the work. I would take my medication and do whatever I needed to do to fight this battle. I decided that if I told my story, it might help people. By helping others, I knew I would be helping myself. So, I started writing again. It had been a passion of mine since I was a child, and I was grateful to finally find my voice again.

I began writing a blog detailing all of my struggles with bipolar disorder and how I survived a suicide attempt. Before long, it started to catch on, and a lot of people were reading it. Eventually, I would receive messages from people all over the world thanking me for coming forward. It was an incredibly rewarding process, even if it was quite painful having to relive it all. Every day, someone is coming to me asking my advice. Many just reach out to thank me for sharing my story. I am glad to reach out to every one of them.

This past June I celebrated two years of being self-injury free. I’m happier than I have ever been. My husband is still by my side. We can’t spend enough time together. Am I depression free? No, I won’t ever be free from it. At least now I can say that the bad times don’t come as often and don’t last as long. I did the work. I taught myself coping skills, and I lean on other people when I am too weak to stand for myself. My writing has been the best therapy I have ever known. Very soon, my blog will be a published novel, and I hope to reach more people that need help. Most of all, I always keep in mind that if I’m having a bad day, it doesn’t mean I have a bad life.

Even though my life is going much better, I need to be realistic. I will never be cured, and medication will forever be a part of my life. I am OK with that. If anyone I know isn’t, I don’t need them in my life.
I’m taking care of myself for the first time. I’ve lost a lot of friends and even family members because of my suicide attempt. There are people that consider me selfish. I’m here to tell you that suicide has nothing to do with being selfish. Having bipolar disorder doesn’t make you selfish. I only hope that anyone reading this understands the repercussions of attempting suicide. It’s terrifying to remember the events of that summer. I will never forget the look of pain and fear on my husband’s face. I’m just sorry that it took me almost dying to finally start living.

At 42 years old, I’m living proof that you can succeed despite your disability. It will take a lot of work, and you will feel like giving up. Don’t get in your own way. It can be done. Just take the first step.

What does being real mean to you?

I feel that being completely honest and up front with people is the biggest part of being real. As painful as it may be at times, you have got to communicate. If you decide to tell your story, most people are incredibly supportive. Those that have a problem with the truth, don’t need to be in your life. I wear my heart on my sleeve every day when I talk to people that are asking for my advice.
I tell it like it is, and I will continue to do so.
And what do you think people are most surprised to discover about you?

People that have only known me for a short time are often surprised when bipolar disorder comes into the conversation. I rarely show that side of myself to friends or family. I know that many people were shocked that I attempted suicide. I love that nobody expected it when I began writing again.
They never had any idea that I had the ability to do so. 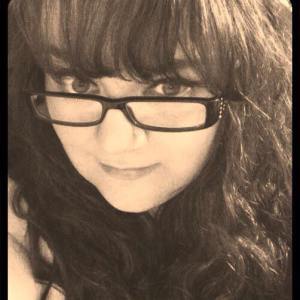 Rebecca lives in a suburb of Michigan with her husband, Joseph and five cats. 4 of which were rescued. She has three brothers and one sister as well as several nieces and nephews. In 1992, at the age of 19 she was diagnosed with bipolar disorder. She has spent more than 20 years battling depression and all of the consequences from the disease.
In 2013, unable to deal with the pain, she attempted to take her life. She was eventually committed to a psychiatric facility, where she vowed to never put herself or her family in this situation again. Rebecca decided to start a blog detailing her struggle so she could help others. Her blog has been turned into a book, and will be published this month.
At 42 years of age and happily married for 14 years, Rebecca can finally say that she is on her way to reaching her dream. Not only does she hope to help people that are struggling with depression, she also hopes to help them realize that you are never too old to find your voice, and make your dream happen.
Facebook: www.facebook.com/notyourjourney
Twitter: @BekaLombardo
Blog: www.judgmentfreezone2013.blogspot.com
Website for my book: www.rebeccalombardo.com