My Relationships Are Hard guest today is That Shameless Hussy.

I waited far too long to post this story.  I remember reading it and not being able to shake the romance of it.  The idea two hearts can be so deeply connected and yet so wrong AND right for each other leaves me dizzy with longing and grief.

You are incredible and I am deeply thankful you allowed me to post such an EPIC and deeply emotional love story.  I cried. A lot.  I still do. 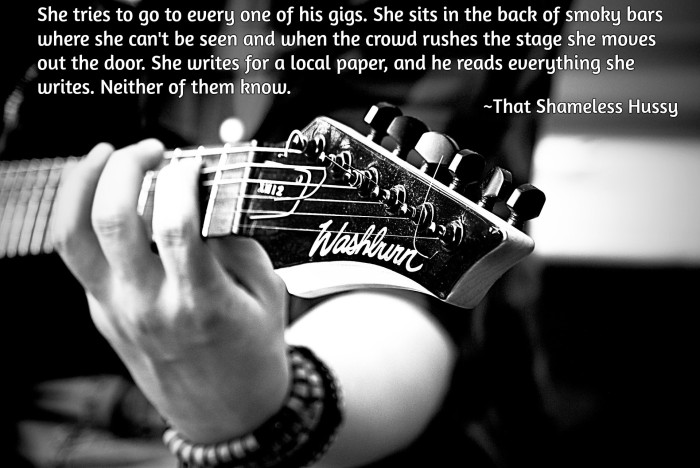 They are lying tangled together on the living room floor, her legs across his, recording their conversation on a cassette tape recorder. His voice, then hers.

You are so cute.

They are near the attic fan, as there is no central air, only two window units, one on each floor, in this 60 year-old bungalow. They are here because they are sixteen and in love and it is hot outside and all they want is to be near each other. They are listening to the same part, over and over again: Rewind. Play. Rewind. Play.
You are. All of you is cute. You have cute hands…cute elbows…cute shoulders…..

He continues his inventory, his claim deflected by her at every step except when he does something that makes it hard for her to breathe or talk or think straight. Her parents are home, so those moments are few and brief, and eventually he arrives at her feet.

You even have cute little sausage toes.

What are you doing? Get away from my feet!

He is not her first lover, though she told him he is. The first holds the distinction of being so forgettable that she will never forget him in his utter forgettableness. She IS his first, though he told her she is not.

On Fridays she sits cross-legged on his portable amplifier and he wheels them both down the school hall from the band room to the parking lot and her car. They pass notes between classes and fight over stupid, childish things and make up with the kind of fierce intensity that comes with first love.

They share a locker and when they are lucky enough to be there at the same time she pushes against him and they breathe each other in and she pulls up both of their shirts, just a little, enough so that they are skin on skin. It is not long, then, before they are being marched down the hallway to the office, her with her fingers laced behind her neck like a prisoner. Not good with authority, this one, but he doesn’t mind.

She is lectured sternly on promiscuity and self-respect by the vice principal while the boy’s presence is barely noted, except by a vague reference that he can’t be expected to control himself. This only enrages her further and will pay off well for him later, in the music storage room behind the stage during an assembly.

The first time she is home sick from school, he brings her homework by without being asked. Her mother doesn’t wake her to tell her and she will never make that mistake again because the girl, her pajamas and her fever bolt out the front door after him as he walks toward home. He turns to see her and laughs because she is barefoot and crying a little, and he carries her piggy-back to the house and makes her promise to go back to bed.

You, fathers and mothers of teenage daughters, I know the hairs on the back of your neck are standing up and you have already decided that no, he is not what she needs, she needs discipline and to lose her car keys and maybe she needs Jesus, but she most certainly does not need some punk kid bass player.

But she did. All the trouble, it came later, after he was gone. Then, he was everything.
He wants to marry her as soon as they graduate and move to a town where he has chance of making it as a musician. She does not want to go.

Mostly, she doesn’t like being told what to do.

It is terrible, when it ends.

Tell me you don’t love me anymore, and I’ll leave, she says but she doesn’t mean it. He has had enough, enough of her, and he walks up to her and his face touches hers, and he says it, softly but with conviction. I don’t love you anymore. And he walks away so he doesn’t have to look at her face as it crumbles and she grabs every Precious Moments figurine from his mother’s curio and hurls them at his back, one by one until he picks her up and puts her outside and locks the door.

She has trouble moving on, but when she does it is for a man far outside her peer group. The boy comes to see her where she works, in her tiny office in the local Cineplex and sees the much older man who waits for her.

Now the boy has long musician hair and ripped jeans and snakeskin cowboy boots and an attitude. The girl is different. Jaded. Unimpressed by his insistence that she shouldn’t be with someone so much older, that there is something wrong with a grown man who would date a seventeen year-old girl. This conversation, over and over, as the rest of the band wanders in the lobby and pantomimes comic suicide:

Why do you care?

If you tell me why you care, I’ll tell him to leave right now. (she is lying.)

You don’t love me anymore, remember?

Please don’t leave with him.

Why do you care?

The older man quickly grows tired of the teenage drama. He kisses the girl in front of everyone and tells her to call him when she’s free. As he leaves, the boy shouts Bye, grandpa! Tell gramma hi! but the man doesn’t miss a step.

They grow up and move on, with and without each other. Their orbits sometimes brush against one another, but never connect again. Drunk 3am phone calls, he scares her when he talks of suicide and sometimes she drives across town to make sure he is alright.

She tries to go to every one of his gigs. She sits in the back of smoky bars where she can’t be seen and when the crowd rushes the stage she moves out the door. She writes for a local paper, and he reads everything she writes. Neither of them know.

He walks his dog by the bank where she works and comes in to see her weekly, for a long time, then just once in awhile. Later he drives through with the mother of his infant son. Then, just with his son.

Later still, he comes to tell her he is moving away – that there’s a chance he’ll be signed by a label and it’s only two hours from here but he’s moving, he has to, he’ll never do anything if he doesn’t, and she smiles and holds him for a minute and tells him to have a good life.

I’m sure you’ll see me again, he says and rolls his eyes at her.

It will be twenty-five years.

He is still only two hours away, but for some reason she never made the drive before. He was the first person to find her on Facebook, and the first time they talk there is this feeling of shouting across a great distance. So she goes, because he asks. They meet for breakfast and they excitedly trade stories and pictures of their loves and their families in a little diner full of old men drinking black coffee. He says his wife’s name with charming reverence, as if the very moon hangs from the word, and she talks about how her husband is the perfect counter to her flighty nature. How he keeps her grounded. She accidentally calls him “honey” and they both sit smiling in embarrassed silence.

He’s a session musician and plays in three different bands. He’s met John Entwistle and toured parts of Europe just as grunge was moving on to the next thing. She never left the town where they grew up, and her story is not as interesting, but they are lost for a few hours in their shared and unique experiences. They hold hands, just for a moment, as they walk to their cars.

Late one night his chat icon appears and they talk a little more, and she says I remember that you once spent the better part of an evening trying to talk me out of leaving with that “old” man. You know he was ten years younger than you are now, right?

I remember, he says. He was too old for you.

She is typing Fine, but I never did quite figure out what all that was about, and she has gotten as far as “quite” when the chat notification pops in again.

Because I loved you. Stupid.

And a tiny little scar, still there after all this time, finally disappears.

I know, she says, I loved you back, and they both laugh.

She still goes to watch him play, once in a great while. He still reads everything she writes. 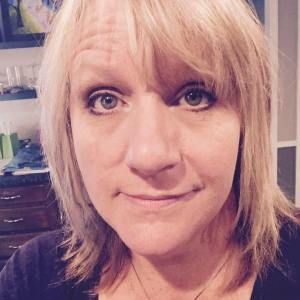 That Shameless Hussy is a mother of two, daughter of one, caretaker of four, trying to achieve a balance of principle and practice without shouting obscenities at too many people. She believes that a moment of clarity and a moment of sheer, unmitigated bullshit can look exactly the same, and tries to be as forthright as possible on her blog, That Shameless Hussy. She is a proud member of The Sisterwives Blog, as well as a frequent contributor to The Original Bunker Punks. Please follow her on Facebook and Twitter.

7 thoughts on “EVEN AFTER ALL THIS TIME”