I pass people everyday and wonder what they are like.  This series is taking an image of a person and then we tell you their story.  Not a made up fictional story about how that person would like to be seen but their deep truths.  People are revealing what they believe makes them real.

Thank you Mary for being real and for reminding us everyone has an unseen battle raging just below the surface. 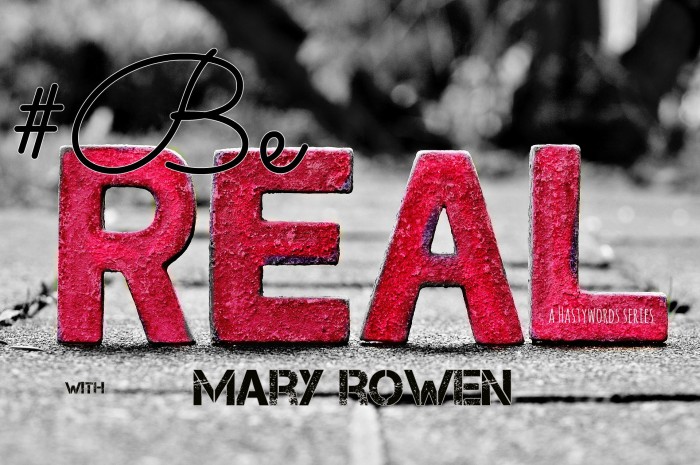 It wasn’t a full-blown panic attack, but it was close. I ran to the bathroom and splashed cold water on my face. The baby kicked inside me, comforting me with her strength.

The year was 2001, and just a few minutes earlier, I’d been sitting on the floor of a friend’s house with several other moms, watching our toddlers play. The other women and I had been chatting about books, preschools, and shows on HBO, and I’d felt totally welcome. But then, some of the moms had begun sharing information about their pre-baby years: the people they’d dated, the high-powered jobs they’d held, the exotic trips they’d taken. And that’s what’d caused me to panic. I hadn’t thought about my past in a while, but I sure didn’t feel like talking about it with those women. After all, what would they think if I told the truth?

You see, for over fifteen years, bulimia ruled my life. In other words, starting in high school, going all through college, and extending through most of my twenties, I binged and purged multiple times almost every day. In a word, it was gross. In two words, it was gross and dangerous. In four, it was gross, dangerous, and socially toxic.

If you know any bulimics, you have a sense of what I mean. Bulimia’s like the worst frenemy in the world; it climbs into your head and convinces you it can make you look and feel better. Hell, bulimia can even make itself seem like a barrel of fun. Come on! You know you want to eat that whole cake—and you can! Have as much as you want. Eat some ice cream too, and some chocolate. Don’t worry—I’ll help you get rid of it all!

Then, like a true frenemy, it turns around and shows its dark side. Vomiting is a terrible thing, but secret vomiting is worse. Much worse. Especially when you do it all the time. It hurts, it stinks, it damages your body, and there’s always the fear of getting caught. If you’ve got bulimia really bad—and I did—you spend about half of your waking hours sneaking around.

In my case, vomiting also ravaged my face with acne. Not to mention that my bulimia was rooted in anxiety, and during the years I was bulimic, I was more anxious than ever. So I dealt with that in a whole bunch of other unhealthy ways. In short, I spiraled out of control.

Now to be fair, I should mention that despite my illness, I always managed to maintain some sort of job, and supported myself, albeit marginally. But things kept getting worse. Somehow, I taught seventh grade at a lovely little school for five years, but had to quit because the income was too low. Then I tried several other occupations, finding fulfillment in none of them, most likely because I was so absorbed in my “frenemy.” Almost all the relationships I established during those years eventually fell apart, but I had no one but myself to blame.

I felt like such a loser. Everyone I knew was getting job promotions, falling in love, pursuing dreams, buying property, and generally living the kind of lives that successful twenty-somethings live. Meanwhile, I was stagnating and rotting away on the inside. And let’s not even talk about my teeth. My teeth and the work they’ve undergone are a story for another day.

The only good part was that I desperately wanted to get better. Unfortunately, I was terrified of therapy, and had an irrational fear of being hospitalized. But every once in a while, things would get really bleak—my skin would break out so badly that I’d refuse to leave the house, or my heartbeat would get so slow at night that I’d feel certain I wouldn’t survive until morning—and I’d scare myself into taking a break. Then I’d manage to go for about a week, or at least a few days, eating and living like a normal human. They felt nice, those little hiatuses, and they gave me some hope.

Lucky for me, it was during such a hiatus—in April of 1994—that I met a wonderful man at a party. He and I clicked almost instantly and dated for several years. Still, the minute we started talking about marriage, I freaked out. You see, throughout our entire relationship, I’d kept my bulimia a secret from him. It wasn’t all that difficult, as he worked in New York, and I was in Boston. So when we were together on weekends, I could usually refrain from binging and purging. But as soon as we were apart again, I’d slip right back into it. I loved him like crazy, but could I commit to marriage? I wasn’t sure. So for the very first time in my life, I told someone about my disease. And my boyfriend remained calm. He simply said, “You need to get help.”

And I did. To say therapy saved me is an understatement, because going into treatment turned my whole life around. And to that, I owe endless thanks to my husband. I honestly can’t imagine where I’d be right now or what I’d be doing if I hadn’t met him, or if he hadn’t supported me at that point. Certainly, I never would’ve found myself sitting on the floor of a suburban mom’s house, watching our kids play.

But as I stood there in that mom’s bathroom staring into her mirror, I realized I still had a long way to go. I’d done a good job of pushing bulimia into my past, but that didn’t mean it wasn’t still a piece of my history. Fifteen years is a significant chunk of a person’s life, and even though that chunk wasn’t my favorite, it’d played a huge role in shaping the person I’d become. And yet, I hadn’t even told my family why I’d been so distant during that time period. Didn’t they deserve to know?

And what about all the other bulimics out there, suffering every day and wondering if they’ll ever get better? Well, I’m here to tell them that there’s lots of hope, and that finding a good therapist is a great place to start.

Nowadays, I’m very open about my bulimic past, and it’s pretty hard to have a good conversation with me without hearing at least a mention of it. I’m also very proud of all the celebrities who’ve come out and admitted that they’ve been bulimic too. Jane Fonda, Elton John, Paula Abdul, Dennis Quaid, Sally Field, Katie Couric, and a bunch of others. It’s not glamorous to discuss, but bulimia is a real disease, and treatment for it is readily available. So let’s keep talking!

What does being real mean to you? Being real means being open about who you really are. I know that sounds simplistic, but I spent a lot of years trying to be something I wasn’t: a preppy in high school, a laid-back, hippie chick in college, a healthy person when I was really sick. Then, when I got better, I tried to act as though I’d always been healthy. Now that I’m older and can see my life with better perspective, I try to be as honest as possible.

How do you think people see you when they have only an image to go by? I guess it depends on the image! But most of the time, I think I appear to be a typical suburban woman who shops at the grocery store and walks the dog.

What do you think people are most surprised to discover about you? Sometimes people will come up to me and say they’ve read one of my books. If they’ve read Living by Ear, which is contemporary women’s fiction, they’ll usually say, “I didn’t know you were a writer!” But if they’ve read Leaving the Beach—which is kind of edgy and deals pretty frankly with bulimia, sex, and drug addiction—they’ll often look at me kind of funny, and say, “Wow, where did you get your ideas for that?”

Mary Rowen is a writer, music lover, and Boston area mom to teenagers. All of her novels focus on women of various ages growing up, or at least becoming comfortable with themselves. She grew up in the Massachusetts Merrimack Valley, and is a graduate of Providence College. 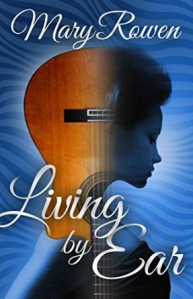