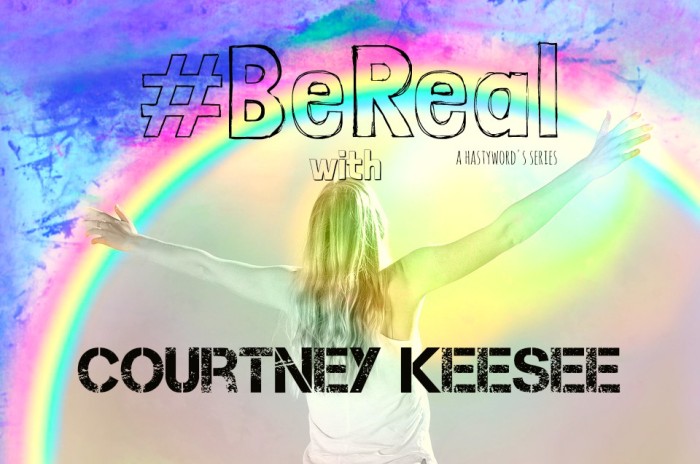 When I think about what it means to be real, the first thing to come to my mind is not hiding from the world, even though it’s an evil world full of evil people ready to judge you and tear you to shreds. And I don’t mean not wearing makeup or not dying your hair, those are some of my favorite things to do, and in my opinion they can help you express yourself.

No, I mean not hiding who you are as a person. And your hair color doesn’t determine who you are.

But not hiding, that is a whole new concept to me. To be exact, I have only been exploring this concept and exploring who I am as a person for about a year now.

When you grow up in a small town located in what people call the bible belt of the USA, it can be kind of hard to get the courage to stand up and stand out, which is what I have struggled with being trans. Because you will sure as hell stand out like a sore thumb if you come out as trans around here.

So growing up in this small town left me with quite a sour taste in my mouth about who I was. It was wrong and a sin in everyone’s mind, and in my own it was a curse.

It led to me hiding behind the little girl everyone saw me to be. For years, I tried to be that little girl. She was what I thought the world wanted from me. Who knows, maybe she still is what a good portion of this world want from me.

Depression, PTSD, and my chronic physical illnesses left me too drained to continue to put on the show though.

Each day I had to stare into that mirror hating that little girl everyone loved so much. And each morning of looking into that mirror took a little more out of me. Little more, each and everyday until I reached a point that I felt I had no more for it to take. Depression was winning a fight I never meant to enter.

My self-harm addiction began to get harder to fight as I found myself digging my nails into my skin every time someone called me the dreaded G word; girl. Reaching up and pulling my hair, biting my nails to the quick, avoiding things that would help ease the pains of my physical illnesses; these were the things I did to cope with the ever growing hate of myself I had inside.

Until I broke down.

Tears streaming down my face for hours, until they were so puffy and red that I could barely open them. Getting nearly dehydrated because I wasn’t drinking anything, just crying.

My dad finally got home from work that day. I had cleaned myself up, though my eyes were still puffy and red.

And I prepared myself for the talk.

Coming out as trans took so much anxiety off my back, while simultaneously introducing me to more.

But since coming out, I have still struggled with finding ways to be real. Openly being real. The pressures of the world around me still weigh me down, and now in whole new ways. Battles I didn’t want to fight are ending up on my doorstep.

And the only thing I know to do, is sit down in front of my computer screen and type.

The internet is my safe haven, the place I can be real and face no real backlash. The block button is my best friend for those who do throw their hate and negativity my way. And I can be free. Suddenly, I went from living in a small town where no one could ever know that I was trans or bi, to living in a pixelated world where everyone knew, and so many reached out with hugs.

Being real for me, at least in this part of my young life, is more about being upfront and honest with myself as well as my world of people.

My world just happens to be on a computer screen. 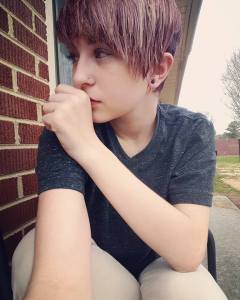 Courtney Keesee is a southern born queer writer and blogger. They share their experiences as a trans person living with mental illness. They blog at livingqueer.com and can be found on Facebook and Twitter.