It gets even more wonderful because tomorrow you will hear from another one of his daughters and a granddaughter. It’s a #BeReal family event. I hope you will leave them your thoughts over the next few days.

Since we are on the subject of family. Have you ever wondered what your parents would write? OR your children?

If they want to participate in #BeReal you can either link to the linky at the end of this post or email me at hastywords@gmail.com. You don’t have to be a writer to participate. I have over a month of posts but I will be featuring #BeReal on my blog, from now on, at least once a week.

Your #BeReal can end up a very important part of another persons #BeReal. 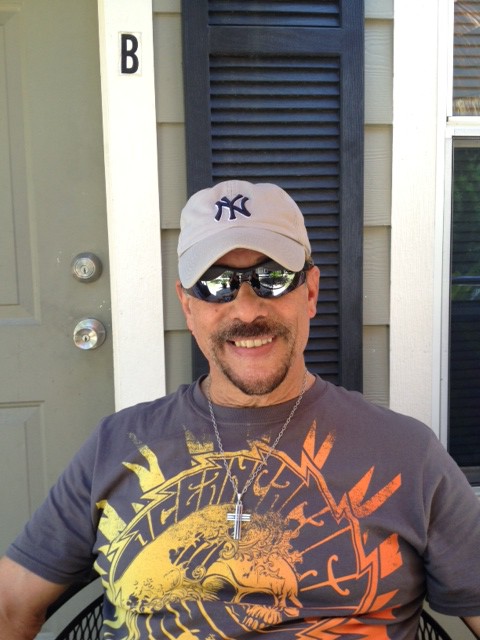 Earlier today I read a blog that my daughter wrote addressing the topic of “being real” about her insecurities as a child, and even to the present day.  You can read her blog HERE.

Of course, to me, she will always be my Little Girl. In her Blog she mentioned me and how she has perceived me through the years. Upon reading it, one would get the impression that I “have it together” and have never had security issues; that I have always been real. Nothing could be further from the truth. I guess I have mastered the knack of appearing real. Thus, the challenge to me; Be Real, Don… tell it like it really is. Challenge accepted.

I grew up in what was known as “Hells Kitchen” a particularly rough and nasty part of New York. I have one younger brother, who I love dearly, but who suffered some of the consequences of my inability to be real. But, that’s another story.

My Dad worked hard to keep things afloat in our family, sometimes working two and even three jobs at a time to keep the bills paid and food on the table. My Mom was a master at making very basic food taste gourmet. At least that is my recollection.

Obviously, my Dad was not around much, so raising the “boys” was basically up to Mom. This is where things started to unravel. Because of her fear for our safety, and because of her general nature, she was extremely over-protective. Over protective to the point of absurdity. I probably don’t have to state the obvious, but trying make it in this neighborhood was not a good fit for having an overprotective Mom.

I was allowed to basically do nothing other than go to school and come home. Until sixth grade, she would actually ‘walk me’ to school. Again, need I state the obvious? You can imagine how this was received by the other kids.

I was not allowed to stay out after sunset. I was not allowed to “talk to girls”. I was prohibited from staying up past 9pm. The list goes on and on, however the point of this blog is not to criticize my Mom. I can’t judge her. I know her motives were pure, but sometimes, the best of intentions. Well, you know how that can go.

The effect of this over-protectiveness on a young boy in Hells Kitchen were pretty severe. I was basically an outcast with few to no friends. If I was allowed to have friends, they would have to come to our apartment where we could be watched. Or I would have to go to theirs where their parent could be the guardian. I quickly earned the name ‘Mommas Boy” on these mean streets of New York. Not a name one wants to be hung with.

I was consistently jumped and beat up by the tough guys in the area. It was basically sport for them. God help me, but perhaps I would have done the same if I were in their shoes.

I had no confidence and I was totally, absolutely insecure. I felt like a total ” mommas boy” and I knew that everyone was looking at me and making fun of me. They didn’t make any attempts to hide it.

So what does a boy getting into his early teens do to feel positive about himself? Well, my answer was a fantasy world. If I am nothing but a loser and wimp in reality, why not create another person in my head? I became a prolific liar; both to myself and to others. I invented scenarios where I “became” a tough guy. Where I became a star ball player. Lord help me, even where I became the lead singer for a rock band.

Lying to myself is one thing. But lying to others? It took on a whole new aura. Why couldn’t I come out with the other guys on Friday night, you ask? Why, because I was playing ball for this other team in Jersey and we had a game on Friday night. (all in my head , of course) Why didn’t I want to be with any of the girls? Well, of course I had a steady girlfriend in Jersey.

This was a time before Facebook and twitter. One could conjure up some pretty “untraceable” stories about oneself.

And, it got worse. I was excellent at pretending. I was good at lying. Why not try it on my parents?

“Mom , I’m thinking of joining the Boys Club.. the Priests from the school would be there…” No problem with that right?

There was no club. There was me, finally hanging with the guys. Trying to fit in. There was me actually talking to and enjoying girls. I was learning how to play ball.

But, I found my biggest in: I was fitting in by getting people to laugh. Damn, I had stumbled upon something I was good at! I was funny! I could tell a great story that would have people falling all over themselves. My humor got me accepted. Now that I was starting to gain acceptance, I could never let them know the truth! My lying would make me someone I was not. My lies said I was just like the other guys… going out on weekends, hanging with girls, playing ball and making big plays………… Truth said, I was nothing like the others.

I didn’t even know I was insecure anymore. I believed my own stuff. I convinced myself that I was whatever person I created that day. I found a way to cope with the fact that I really didn’t have an identity, other than being that geeky Mommas Boy. There was no lie to great, or story to funny that I would not employ to become the fantasy person of my mind.

I gotta’ tell ya. I’m still not sure who I am. I believe that finally, and believe it or not, only fairly recently, have I started being real with myself. It is unbelievably liberating. But, the demons are still there. I feel them all the time. They whisper to me, “You don’t fit in. You don’t know how to do anything. You’ll never be cool. People are looking at you. They are making fun of you.”

Perhaps they are right in some ways, but I think I’m ok with that now. I cant change who I was… only who I am becoming. And becoming real is a very important part that. The Fantasy world has faded… the real me is emerging, and, thank God… I can live with me.

If you like the idea of the #BeReal campaign, and want to share your views on it, please link up with us. You can help make this a bigger, brighter movement than it already is.

All opinions welcome – it’s about being real, after all!

To help spread the message, read and share one another’s posts.

And remember – be YOU! #BeReal.