LINK UP YOUR HORRIFIC TRUTHS OR FICTION IN THE COMMENTS BELOW 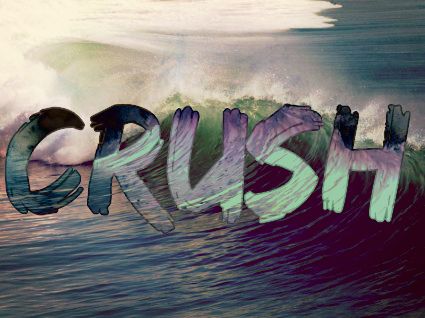 Written by Matticus and Hastywords

Rogue waves gather their strength and formidable reserves,
Hiding amongst lesser brethren, stealthily approaching,
Caring nothing for fairness, they know nothing of deserve,
Emotionlessly crush, sending their victims reeling.

Whitecaps surface indicating turbulent seas mixing unseen
As hope drowns beneath currents that swim headlong into reefs
My heart lies underneath all this tempestuous algae of green
Inside the muck accumulating in the undertow, where life slows

Distanced from the raging storm, though still held in its thrall,
The chill of the dark water saps the strength from my limbs,
The world of light slips away, I’m pulled deeper under tide’s fall,
Washed from shore as penance for my secret waking sins.

Desperate hands rise up to flail in failed protection,
The final act against the water’s icy grasp is futile,
An instinct, stronger than fear, of self-preservation,
The all-encompassing embrace disallows any denial.