It started with a simple message. Would you consider writing for me? Just six words. I never expected such a simple request to unravel me on the inside. Truth be told, it was those last two words that really hit an emotional chord for me, whether it was warranted or not.

Someone wanted me to write for them. I only discovered my love for words about three years ago. I have had my follows, my likes, my favorites – all those social media statistics that we’re supposed to ignore as writers but never do. But, never had I been asked to write for someone else. It was like my writing now somehow magically held some deeper meaning.

Sure, I replied. I’d be honored. What would you like me to write about? Well, you know the answer to that already, of course, since you’re reading this. So, I opened up a new document, eager to share with the world what it means for me to be real. Staring at my blinking cursor, I felt as though it was taunting me. I couldn’t come up with a damn thing to write.

It wasn’t until I gave into two words that I had penned on numerous occasions that I stopped trying to say whatever it was that I thought people wanted to hear and just let my thoughts flow on to the page. Those two words? Authenticity and vulnerability.

I’m not the prototypical guy.

Take movies. Give me the choice between an action flick and a romantic drama and I’ll take the latter. Every. Single. Time.

Let’s look at music. I like the thumping bass of a good rock tune as much as anyone. But, more often than not, I’ll choose the tender lyrics and melodic tone of an emotional love song. It’s what I connect with. It’s who I am.

And yet, despite the undeniable fact that this is the person who I am, I had suppressed that persona from the external world for years. It wasn’t until I penned my first blog post that I was first able to genuinely express my true self. In the words of Sharon Adler, I write because my heart speaks a language that someone needs to hear.

It wasn’t until I began writing that I discovered something very comforting about the process itself. I could hide behind the veil of my words. I could push something out into the digital world for everyone to see and consume, but still remain safely tucked behind the curtain, only pulling it back to reveal myself when I felt it was safe for me to do so.

A funny thing happened during this process. I began to share more of myself. Not because I received rave reviews or notoriety. Not because I received encouragement from family and friends (although I certainly did). Rather, this occurred because it felt – right. Ironically, it’s something that is difficult to put into words. When you do what it is you were meant to do in the way that only you were meant to do it, something resonates inside you. Like a tuning fork, that resonance amplifies what began as but a tiny whisper from somewhere deep inside and transforms it from a single delicate chord into a beautiful symphony.

This picture of my wife and I was taken on our wedding day many years ago. We had the consummate fairy tale wedding, getting married at Disney World on Walt Disney’s birthday. Although it is very cliché, it was the epitome of a dream come true. I share this photo because it captures the unbridled joy of that day and that moment. It reminds me that pure joy and bliss arrives on our doorstep when we invite those two words – authenticity and vulnerability – into our lives and embrace them with everything we have inside us.

So, what does it mean to me to be real? I guess I can sum it up in a single sentence. It’s only when we give in completely to who we are that we are able to become all that we were meant to be. Find your own real and be it. 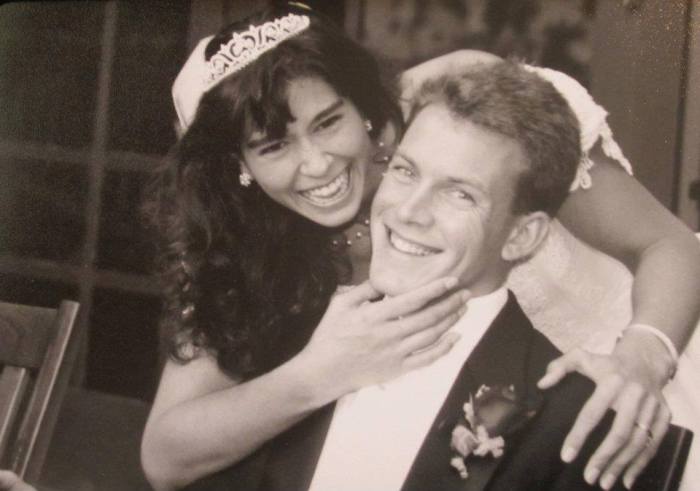 Dave was born just outside of Chicago, IL but doesn’t remember much about the Windy City as he was only there until he was four years old. He grew up in Eastern Pennsylvania and lived in New Jersey for a few years before migrating south to the Sunshine State where he now lives with his beautiful wife, amazing son, and four cats (the real monarchs of their house).

Dave discovered writing on a whim when he began blogging about his unique perspective on daily occurrences in his life. He always searched for the extraordinary in the seemingly ordinary.

After dipping his toes into the pool of fiction, Dave was smitten with the enchantment of telling stories that convey deep sentiments and connect with his readers on an emotional level.

His four words – inspire and be inspired – guide him in his writing and daily life. You can connect with him at his website, www.davecenker.com.

When you join his author community, Dave will keep you informed on the progress of his first novel, Second Chance, scheduled for publication in 2016. He’ll also send you his award-winning short story, Homecoming, selected as an honorable mention in the 2015 Writer’s Digest Popular Fiction Contest, as a small token of his appreciation.