One of my favorite people just graduated from Naval Boot Camp and is now part of the United States Navy.  I am so very proud that he decided to take this brave step in his life and I hope it propels him to great heights.

While he was in Boot Camp I reached out to his sister who I have discovered has her own blog and I am also discovering we have several things in common which probably explains why Anthony and I got along so well.  She is a wonderful writer and I hope you will visit her blog, Vodka Calling. Please say “HI” and give her some blog love!

I had hit my rock bottom. I was tired of living this way. Too many secrets. A part of me felt I was having an affair on my family. It was the same kind of lies, deceit, planning that goes into an affair, except I was loyal to my family. Just not so much to myself.

It started in the sixth grade and would follow me through my teen years, into my first marriage, then to my second. The only time it was not with me was during my pregnancies. I used to think “Can’t I just be pregnant all the time?” (Not exactly a method I would recommend.)

Bulimia. The silent killer. The invisible sickness. No one ever knew. I was good at it. Too good.

I have always been 15-20 pounds over weight. People would look at me and think “Oh, she could stand to lose a few pounds.” Never would they see what was really going on. That’s the thing with bulimia. It does not work to lose weight. If anything, you end up gaining weight because of the bloat. Kind of ironic I spent half of my life throwing up to lose weight, when the reality is all it did was make me gain weight.

Then, it became so much more than trying to lose weight. It became a high. Walking the aisles at the grocery store, with money that I should not be spending…on food that I would only throw up. My God, it was such a high! Picking out chips, cookies, candy. Never ice cream though. Ice cream is too hard to throw back up. Coming home while the kids were in school and my husband at work, privacy. I loved it. It was my time to binge, and then shortly there after purge.

There were many times when the need to binge happened while my family was home. I would just casually say “I am starving, have not had anything to eat all day today.” No one thought anything of it. Everyone was occupied doing their own thing. When I was finished, I would take an early shower. When the shower water is running, no one could hear me purge. It was heaven for awhile. Almost like a cleanse. It was also disgusting. Chunks of vomit would hit my face as I was inches away from the toilet water. It would also get in my hair. The smell, you would think it would have been enough for me to stop. Nothing was. I enjoyed it too much.

I cannot tell you how many times I would excitedly plan my days around food. Yes, food. I would map out my plan. Jack in the Box was always first because they are opened 24 hours. I would order two combo meals, sit in the parking lot and stuff my face before then heading to the grocery store to plan my evening binge. It felt so good and so bad at the same time. After the grocery store I would hit up another fast food place. I could never get enough. I imagine this is how an alcoholic, drug or even sex addict may feel. You can never get enough. Except, you can.

Bulimia was starting to take its tole on me. I could see it. Bad skin, hollow face, the bloat. Let’s not even mention my teeth. What started in the 6th grade as a “simple way” to lose a few pounds, turned into a lifetime of feeling like I was a prisoner in my own body. It turned into an addiction. I was addicted to food, and addicted to purging.

I am not one of those people you read about that will say “I flirted with bulimia in my teenage years.” In all honesty, I do not even believe those people. It would not surprise me to learn they are still purging. Bulimia does not just “go away.” It gets worse as time goes on.

I am also not one of those people that will insert a link on how to get help from an eating disorder. Because, if you do have an eating disorder, and have read this far, I already know you will not click on the link.

What I will say is this. You will never truly recover. It will always be with you. There will always be triggers. A commercial from McDonalds, the aroma of freshly baked cookies while shopping in the mall. A night out to dinner to celebrate your birthday. There will always be triggers. You just have to dig deep down and figure out what it will take to overcome those triggers. In my own experience, there is a very small window you will have to to over come the triggers. You can do it. It’s not easy, but you can have a success story. Even if it is just for today, just for this hour, just for this minute. It’s all about progress. 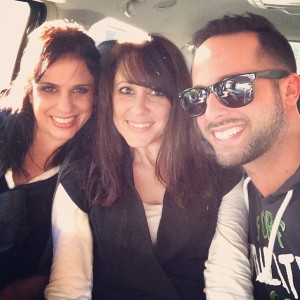 I am a mother of four, wife to one. Proud owner of eight cats who are just as important to me as my own children. Basically, I am a crazy cat lady who is also a recovering bulimic. Except, I am not so sure about the recovering part, because it is a day to day struggle, and just like other addictions, I am not so sure one is every fully recovered. So yes, I am a wife,a mother, a crazy cat lady who use to enjoy the high of throwing up everything I ate, living in a suburb of Seattle. Yep, that’s me……according to my therapist anyway.

15 thoughts on “THROUGH THE EYES OF A BULIMIC”