Much like my anonymous guest yesterday, my guest today still has very strong feelings about the bullies from his youth.  Matthew Krause is very honest in this post and I think maybe he doesn’t realize the STRENGTH and POWER that he wields by choosing peace over violence.

You can find more from Matt at StorytellerMatt. Thank you Matthew for participating in this series. 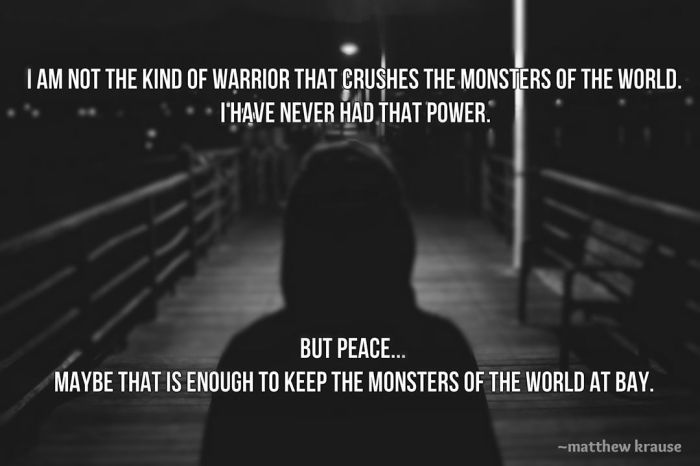 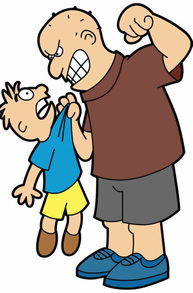 If my life was a sitcom, that would be my catchphrase. Those two words summarize me. Those two words define me. Not only do I say “Sorry, man,” in the face of threat or adversity, but after the fact, I walk away feeling like a new breed of superhero—Sorryman. It feels awful sometimes. I indeed feel like a sorry man.

I was at the gas station today. It was an Arco, where you have your pumps on individual islands and then these giant ATM-like boxes in the middle where you walk up, punch in your pump number, insert your cash to pay in advance, and then go back to pump your gas.

I was at one of these ATM boxes. I was punching in my pump number. I was inserting my cash into the slot.
Across the way, at another ATM box, a man about 20 years younger, six inches taller, and maybe 50 pounds heavier, was having trouble getting the machine to take his money. He was screaming profanity in his thick street vernacular. When his woman in the car told him to calm down, he screamed at her in such a brutal, violent way that you knew his words would have been translated into punches if he wasn’t in public.

Finally, his woman said, “Go inside and pay, then.”

He came walking across the lot. I was putting my money in the box. Suddenly, he was there next to me, towering over me, glaring.

I looked at him. I smiled. I took a step aside to allow him to pass, and I said:

I had nothing to be sorry for. I was standing exactly where I was supposed to be. There was plenty of room in the whole parking lot for him to walk around me. Nevertheless, he had decided to walk a path to the store that passed right through the very spot that I was standing and …

I often meditate and pray for peace. Sometimes that feels like a lie. Yes, my heroes have all been men and women of peace—Martin Luther King Jr., Nelson Mandela, Immaculee Ilibagiza, Paul Rusesabagina, Leymah Gbowee. They have all resisted the bullies of the world by taking wise and peaceful actions.

But on days like this, I no longer wanted peace. I wanted strength and power. The kind of strength and power that could look this savage at the gas station straight in the eye and then beat him to a bloody pulp.

The same way Wil Andersen beats the hell out of Long-Hair in The Cowboys because Long-Hair was abusing a boy (setting up my favorite movie line in history, “We see what you can do with a boy; how are you when they come a little bigger?”).

Temuera Morrison as Jake the Muss

The same way Jake the Muss beats the hell out of Uncle Bully in Once Were Warriors when he discovers Bully has molested his daughter (and it’s the kind of beating you never want to end, brutal and heavily deserved, and you pray no one pulls Jake off or that Bully doesn’t die too soon).

I was bullied in high school. One of my bullies is now in prison in Texas (where he belongs). Another one is now dying of cancer if he’s not already dead (what he deserves).

A third bully died over 20 years ago and is buried in the cemetery outside my hometown in Kansas (thankfully not the same cemetery as my father). I am not as forgiving as I pretend to be. Whenever I am visiting family in Kansas, it is all I can do not to go to the cemetery and spit on this bully’s grave. I don’t care if the photo on his gravestone, encased in a transparent Formica, shows him cleaned up and smiling. I don’t care if his epithet reads “a terrific husband and father.” I just want to hawk up the nastiest ball of mucus I can produce and spit it on his photograph’s face.

Petty, I know, but I don’t give a damn. This is the grave of the guy who once beat me senseless when I was 14 and then, as I lay bruised and and bleeding on ground, sat on my face with all of his weight and farted. No adults ever did anything to protect me from that son of a bitch. I still resent them for that.

But if I wanted to, I could now spit in his face. And he couldn’t do a damn thing about it.

I don’t want to be the “Sorry, man,” guy. Because the truth is, I did not smile and say “Sorry, man” to the brute at the gas station because I had the strength to walk away. I said “Sorry, man” because I was scared. I don’t fight anymore, and when I did fight I wasn’t very good at it. This hulking monster would have no doubt curb-stomped me right there in the Arco parking lot. At my age, who needs that kind of exercise?

And yet, something happened minutes later when the monster came back out of the Arco store and walked to his car. He did not walk the same way he had come. He went nowhere near the spot of our confrontation. He steered clear of my car where I was still pumping gas. Instead, he gave me the widest berth possible, walking around the extreme end of the pumps. 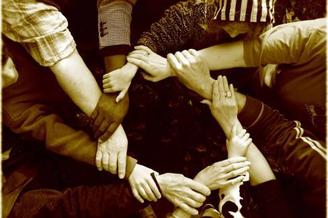 He literally went as far out of his way as possible to avoid me.

Was he afraid? I don’t think so.

I had smiled at him, the way Mandela smiled at the enemies who imprisoned him when they visited his cell.

I had yielded to him with peace, the way Immaculee Iligabiza yielded to the machete-wielding Hutu marauder on the road who wanted to kill her.

And I had said, “Sorry, man.” Like the Carpenter I purport to follow, I had shouldered the blame for the confrontation, even though I was blameless.

Mandela’s enemies released him from prison.

And my bully put as much distance between the two of us as he could.

I am not the kind of warrior that crushes the monsters of the world. I have never had that power.

And even though I don’t always want peace, I pray for and meditate on it daily. That has been enough to change my heart. Maybe it is also enough to keep the monsters of the world at bay.

In fact, maybe that is enough to save us. 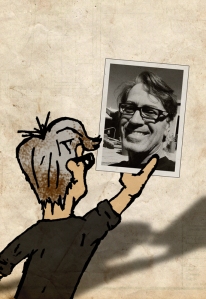 With Matthew being one of the top five baby names for over 20 years, and Krause being the German equivalent of Smith, it is hard to tell one Matthew Krause from another. This Matthew Krause is an award-winning screenwriter, independent filmmaker, aspiring shaman, geek philosopher, and mentor. Although he writes in multiple genres, the common theme in all of his work is the eternal struggle to find pockets of nobility in a sea of human frailty. A world traveler, he has broken bread with the locals in over 25 countries, but when he is home he spends his days pushing words around the blank page, listening to Miles Davis with his five cats, and communing with the ghost of Pasolini.