Let’s be real for a moment.  Life and death kind of real.  A young woman is afraid nobody will come looking for her if she goes missing.  What is the reality surrounding her concern and what can we do to fix it?

A few years ago I ran across a letter written by Brianna Jonnie who was only 14 years old.  The letter was sent to the Police and the Mayor of her city.  I was moved and pained by the reality of her words.

Here are a few excerpts from the letter she wrote to select officials:

I am more likely than my friends, to be murdered by a person unknown to me. I am more likely to be raped, assaulted or sexually violated. I cannot take public transportation or go for a walk without being approached or ogled at by men I do not know, even in the south end of the city; even during the daytime.

As a mom of my own young daughter I heard Brianna’s fear but I also witnessed her fierce determination to be the voice breaking the silence.  It was this impassioned tenacity that Byron Hamel and I wanted to support. So… we made a film.

And when I say we I mean WE.

A whole bunch of great people came together to support Brianna.  The project team consisted of a brilliant choreographer, a great cellist, a wonderful sound team,  a dressmaker,  the local artist behind the REDress project, two incredible DP’s who filmed the dance at the end, and The Once.  I would be remiss if I didn’t mention all the help we got from our 3 lovely daughters, the numerous people who contributed money to help us get the film in front of audiences, and the friends who supported and shared this project.

In March 1, 2016 Brianna asked the Winnipeg police chief to “take five minutes of uninterrupted time to read what I have to say and reflect. I assure you, it is important.”

And now we would like to ask you to take 16 minutes and watch IF I GO MISSING. Share it, leave a review, and reflect on what you can do in your own community to help fight for equal treatment and care for Indigenous kids who go missing.

WATCH IF I GO MISSING 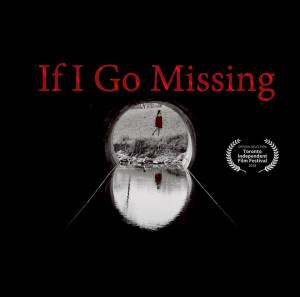 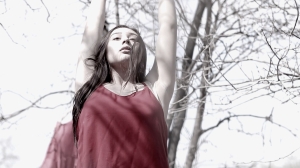 The star of the film, Brianna Jonnie is an Indigenous teen volunteer and activist in Winnipeg Manitoba.

At the age of 14, Brianna became the focus of a controversial media frenzy when she wrote an impassioned letter to police and government officials concerning missing and murdered Indigenous teens and kids.

After meeting with the mayor of Winnipeg and it’s chief of police, she became the target of much criticism surrounding her view that there was a difference between how Indigenous and non-Indigenous people were being handled by authorities and influencers when they went missing.

Today she continues to serve the community as a whole, and is the recipient of the 2017 Lieutenant Governor’s Vice-Regal Volunteer Award. 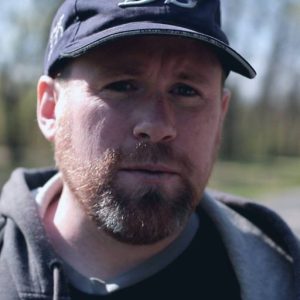 The director of the film, Byron Hamel was exposed to the entertainment industry from an early age, first gaining a love for mixing live music, and then earning a BFA in Theatre. After school was over, he began his own promotional video business and simultaneously accepted a position as Associate Producer with CBC Radio, where he wrote and produced hundreds of scripts for local and national broadcasts. But his passion has always been making television and films, so he created Weirdo Hat with Angela Bellingham.

He got his start in television with MTS (Now Bell MTS) in Winnipeg Manitoba, where he produced and directed “A Cycle Broken“, an intriguing look into the world of Guardians of the Children, a group of bikers who protect abused kids.

Byron Hamel is now best known as the Producer, Director, and Writer of the short documentary “If I Go Missing“, an art-fueled humanizing documentary about the struggle for equal treatment of murdered and missing Indigenous women and children, starring real-life Indigenous teen activist Brianna Jonnie. The film was originally produced for Bravo.

Byron also produces and stars in “How To Get Beat Up“, a comedic lifestyle TV series about martial arts on Fibe TV1 and YouTube.

One thought on “IF I GO MISSING, #BeREAL”