Sometimes I hear or read a story and think… what the actual heck?  Are there really kids out there behaving like this?  Worse… are there really ADULTS behaving like this?  The answer is YES, and it is happening in your own neighborhood, school, church, and place of employment.  The sheer number of stories I hear everyday from strangers and friends alike is disconcerting and extremely concerning.

Today my guest, Andrea Johnson Beck, will certainly take a firm jab at your emotions.  I was angry reading of her experience with her son’s school because I have heard too many stories – from too many families – regarding meetings just like this one.  When your child needs help you, as a parent or caretaker, are supposed to be able to count on the school to help.  There are people in a position to make a difference, who make it their policy, to minimize and resolve issues using the path of least resistance – or so it seems to me.  And many times the path of least resistance leads to casualties whether it be physical or emotional.

Please don’t get me wrong because I think a big majority of people in a position to help really DO help.  We are inundated everyday by news stories of bad teachers, principals, policemen, and politicians that it is easy to forget that there are some really great people in the world.  Because of parents like Andrea who tell their stories we can do something about these people who need to, perhaps, find a better suited line of work.

We would love to hear from teachers and faculty admins who have experience with this type of bullying.  What would you do if you were on the faculty about to meet with Andrea?

Thank you, Andrea and Logan, for responding to my Instagram message to come write for me!

And a special thank you to Logan for courageously using his voice to be a champion for societal change. 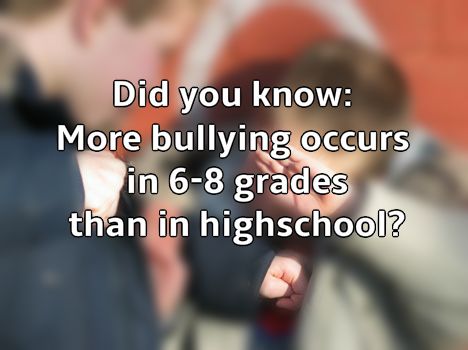 Another meeting in a cramped conference room with the aroma of bleach and stale school lunch, that day it was chicken nuggets and peas.

Another meeting to discuss Logan’s educational plan (IEP), to discuss what was the root of his anxiety attacks.

Another meeting to make excuses for the bullies and to belittle my son.

This meeting was the last meeting.

Logan attended public school for 25 days. In that time frame I was called to the school 20 times to bring a change of clothes. He’s on the autism spectrum and fine motor skills were difficult for him. This school required belts and Logan had a hard time getting his undone in time. He decided not to drink anything all day and if he did have to go to the bathroom, he would hold it until he got home, but Logan wouldn’t make it through the day. Instead of helping him, his teacher gave him a penalty card.

Logan would devour food when he got home. Ransacked the kitchen.

He paused and looked down. “No.”

My son didn’t eat his lunch that I prepared for him because the boys in his class played keep away with it in the cafeteria. Instead of helping, his teacher told him to just eat school lunch.

During a field trip (day 17) a little girl in his class said to me, right in front of Logan, “Why is he so weird?”

I reminded myself that this was a child and going all mama bear on her wouldn’t be the right choice. I took a deep breath and replied, “Because he’s awesome. Only the awesomest of people are weird.” She gave me a puzzled expression and walked away. I looked to Logan and he gave me a huge, satisfied grin. I proceeded to locate his teacher and demanded a meeting with her as soon as possible. “In a week I’ll be available.” She said flippant. I took another deep breath. I didn’t want Phil to use our savings as bail money.

During the week that had passed, Phil and me researched all about homeschooling. We’d had enough. In a short period of time we watched our happy, energetic, playful child pull away into himself. He’d cry but never tell us why, not until we brought up the prospect of homeschooling. Logan saw light at the end of the tunnel.

As I sat across from his teacher, Phil was to my left, she constantly shuffled papers and would lay across the table. “Logan tested at an advanced level but we prefer he go to a more suitable classroom.”

“One at his emotional level.” The psychologist interjected.

Phil laid his hand on my thigh, he knew I was about to launch across the gouged table.

“Logan doesn’t interact with the other children. During recess he just swings, that’s it.” His teacher shuffled her papers again.

“Logan told me he swings because that way they can’t get to him. He swings to not be shoved around. He’s being penalized because he doesn’t interact with the bullies? I’ve told you repeatedly what has been going on during lunch and nothing is ever done.”

“The parents are much worse to deal with.”

My blood pressure spiked. I shot a glare at the vice principal after his spineless comment. Phil gripped my thigh tighter. My hands shook. My cheeks heated. Logan was being terrorized and it was his fault? How was that ok? The faculty didn’t want to deal with the bullies because their parents were even bigger bullies? Does that even make sense? What universe was this?

I shot up from my chair, it slid back hitting the wall. The room was still. No one moved but Phil. He stood up next to me. I pushed back my tears, pushed back on the emotions gutting me from the inside out. Phil and me didn’t fail Logan, the school did. The individuals staring up at me with alarmed expressions failed my son and it would stop that day.

“Thank you for making our decision to homeschool Logan that much easier.”

“You can’t do that.” The vice principal said.

I threw open the conference room door and marched over to the front desk. I was going to have the secretary call Logan out of class but as I turned to look down the hallway, there he was in the nurse’s office. Sitting on a chair, his little legs dangling, sneakers rubbing together, he looked over toward me like he knew I was there. His melancholy face turned upward. I knelt down, arms open wide, and I could no longer hold my tears back. My sweet, innocent little boy hopped off the chair and darted down the hall and right into my arms. The nurse called out to him but she quieted when she saw me.

He wrapped his arms around my neck and held on tight as I lifted him up. Tucking his face into my neck he cried. His body trembled. I kissed the top of his head and squeezed him. “You never have to come back to this place ever again.” In a sputtered sob, I could feel his anxiety and fear evaporate; he became lighter in my arms. The weight of the world lifted.

Phil rubbed Logan’s back, “Let’s go home.” He wrapped his arm around my shoulders and guided us to the front doors of the school. The moment we stepped outside we exhaled, leaving those 25 dreadful days behind us.

It took Logan only 3 days and he was back. His spirit was restored. No more anxiety attacks. No accidents. In the months that followed he shared with us more horrible stories of what happened at that school. He was bullied in the bathroom, so badly he’d lock himself into the stall. His teacher forgot about him and he was left to roam the halls alone trying to find someone. Even now, 6 ½ years later, the emotions remain raw.

I envision my son trying to survive the bullies and their vile words. Strategizing his safety. No child should ever have to do that. No child should ever have to go through that. I’m lucky I wasn’t arrested for assault that last day because the mama bear wanted to come out in full force. Perhaps that explained the scratches in the table. The amount of ignorance and little humanity, which was displayed at the school, shocked me. Logan feels a thousand times more, is extremely sensitive to the world around him. He knows immediately if someone doesn’t like him or as he puts it, “Isn’t a nice soul.”

A couple of years ago, Logan was asked to write and read to our homeschool group about the autism spectrum, give his point of view. He wrote a beautiful piece. Logan didn’t feel comfortable reading it in front of everyone so I did. I made it through the first two sentences and started to cry. He has a forgiving heart, much bigger than mine, much bigger than a lot of people’s. He loves. He cares. He empathizes.

Logan updated his What Autism Means to Me piece and I’m in awe of honesty and of him.

Andrea Johnson Beck resides on Awesome Street in North Carolina with her socially awkward husband, quirky son, Logan, and fuzzy pup, Bear. When she isn’t filling her teenager’s brain with knowledge, culture, and education, she is working on her next novel. She enjoys long walks on the beach, sunsets…no; try coffee, wine, and chocolate.
She and her son are writing a homeschool book together, expected to release early 2015 with full on awesomeosity. Andrea has published two novels, Deadly Deception and Deadly Revelation. Hush, Mary is a creepy short story she and Logan wrote and was recently released. All books can be found on Amazon.

**STAY TUNED FOR LOGAN’S PIECE WHICH WILL POSTED TOMORROW MORNING AT 6AM.**